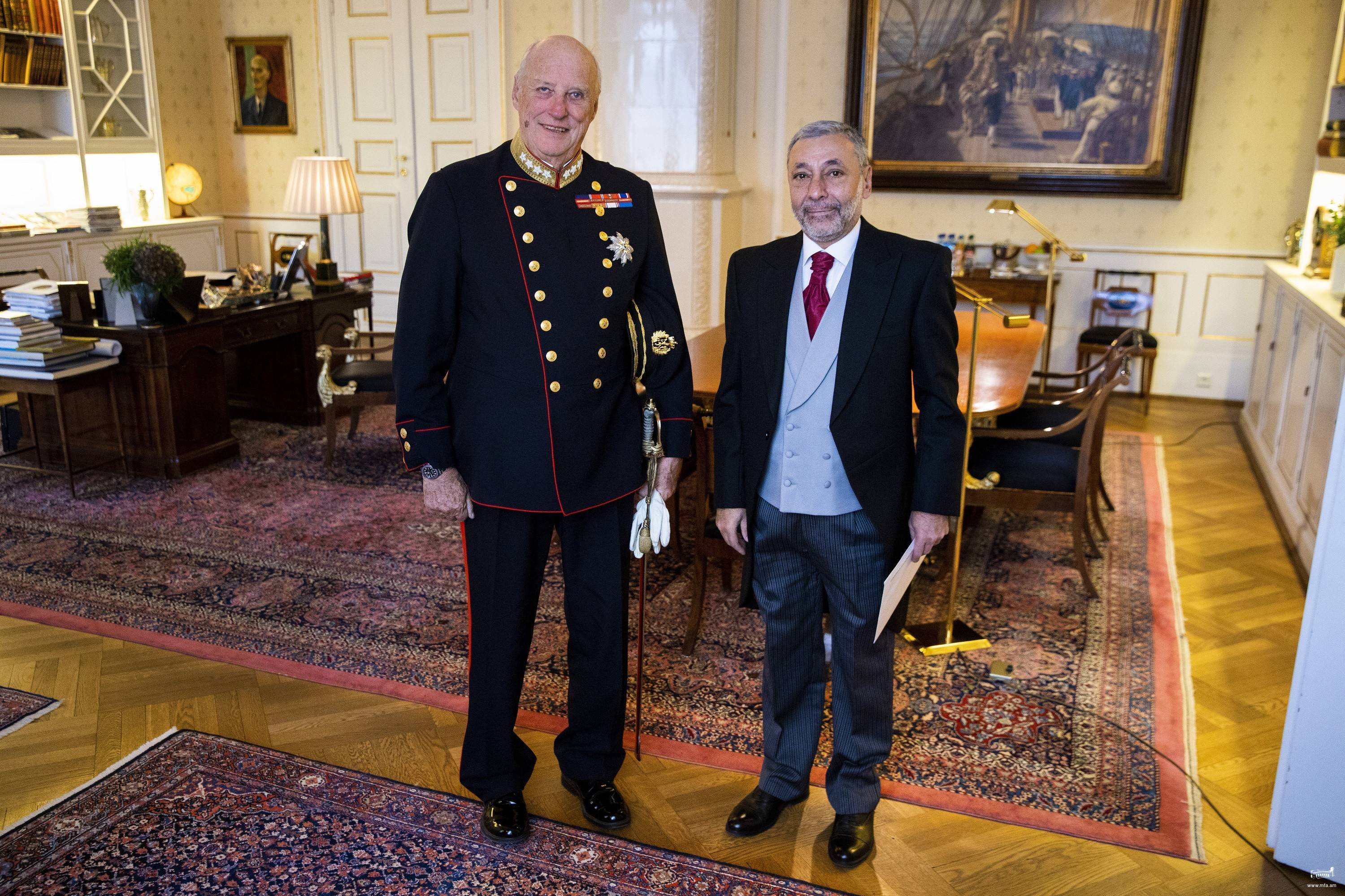 On October 25 Ambassador of the Republic of Armenia to the Kingdom of Norway Alexander Arzoumanian (residence in Copenhagen) presented the Letters of Credence to His Majesty King Harald V.

During the meeting following the ceremony King Harald V spoke highly about the history of the Armenian people and the centuries-old Armenian-Norwegian relations, noting that at the beginning of the 14th century King Haakon V of Norway received a delegation from the Kingdom of Cilicia to discuss matters of military cooperation between the states. King Harald V also mentioned the dedicated work done by Norwegian scientist, explorer Fridtjof Nansen in order to protect the rights of the Armenian refugees and orphans.

Expressing gratitude for the warm welcome and good wishes, the Armenian ambassador noted that he would spare no efforts to deepen the Armenian-Norwegian cooperation in different spheres and to enlarge the bilateral agenda.